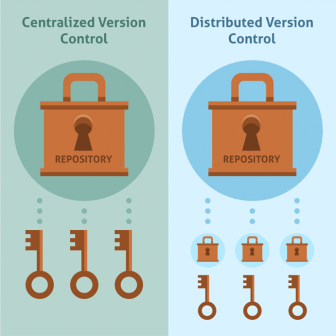 UPDATE Jan 2021: Looking for the latest on Version Control Systems? Check out our latest VCS post:

Distributed Version Control Systems (DVCSs) don’t rely on a central server. They allow developers to clone the repository and work on that version. Develops will have the entire history of the project on their own hard drives.

Advantages of DVCS over CVCS:

codeBeamer adequately supports development in any environment. To learn more, contact us with your questions, or get your free evaluation copy.