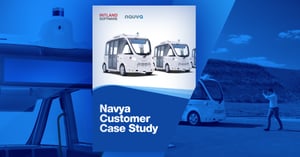 Navya is an innovative French company that specializes in the development of autonomous driving technology. In 2018, the company’s product team implemented codeBeamer ALM to overcome challenges of using Agile practices while fulfilling ISO 26262 requirements. Read this case study to learn more about Navya’s ALM journey!

Navya was the first company in the world to release a commercially available, autonomous, driverless, and fully electric self-driving shuttle in 2015. Since then, the company operates over 160 autonomous shuttles in 20+ countries.

In this case study, we explore Navya’s path towards implementing integrated automotive Application Lifecycle Management with input from Jules Garbé, the company’s Head of Product Development.

In the early days, Navya’s software team (like so many other product teams) was relying on a mix of Git, Jira, spreadsheets, emails, and a shared document repository. That kind of “makeshift” legacy tooling is bound to limit a team – especially in such a fast-growing and innovative organization.

As the company experienced rising product complexity, its Agile dev team realized their existing tools wouldn’t support their needs. They needed to find a way to balance the flexibility of Agile with the rigidity of the V-model, a unique combination of which they used to ensure functional safety compliance (ISO 26262).

With their prior tooling, Navya’s dev team had limited visibility over development processes: each software team had their own backlog, and there was insufficient alignment between teams. Controlling (and managing the impact of) changing requirements was also problematic. As the company grew, they understood the need to build out development maturity early on by professionalizing processes. Tool flexibility was a key requirement to support the team’s custom development methodology.

“Providing our company with the right tooling which helps us manage complexity is definitely an enabler that helps take our innovation to the next step. That’s where having the right tool can be a real differentiator.”

Making the switch to integrated ALM

After an evaluation process detailed in the case study, Navya ended up choosing codeBeamer ALM for their needs.

During rollout, Navya took a bold Agile approach: admin access was widely provided for users within the organization, enabling them to experience the platform themselves. The team did conduct formal training sessions, but saw more success just letting teams use the tool and train each other.

Learn more about the use case of this innovative autonomous driving company and about how they benefited from using integrated ALM! Access our Navya case study free of charge below. 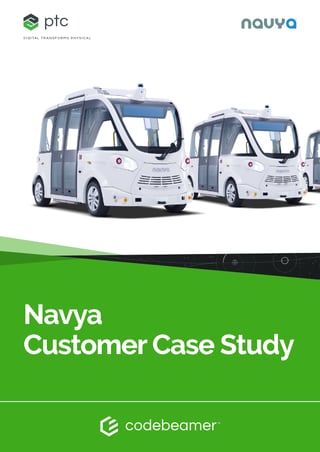