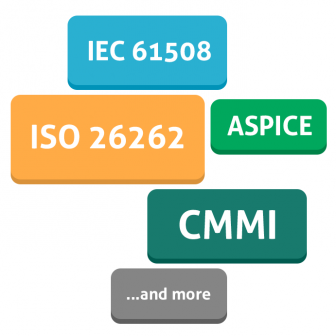 Faithful readers of the Intland blog now that every once in a while we review the various automotive industry software failures hitting news headlines. We do this not with the purpose to embarrass any particular automotive manufacturer, but rather to highlight that in most cases, such failures and the subsequent recalls could have been avoided with the use of mature software development practices and the right development toolset. (Click for our post about 2016 recalls in the medical and automotive industries, and the article focusing on automotive recalls in 2017.)

After the automotive software failures in 2015, surprisingly the first quarter of 2016 was quiet, with only a few recorded software failures. Then in June 2016, complaints of navigation problems arose about Toyota-owned Lexus vehicles, affecting newer Lexus cars manufactured since 2014. According to Toyota, the Landcruiser was also affected. The sudden failure of these systems was in fact caused by what all these cars had in common: they had all received an Over the Air (OTA) update of the Enform System earlier. The failure was distracting for drivers, and resulted in a system startup loop, whereby the system would just keep rebooting and could only be stopped by disconnecting the car battery.

Toyota’s software update failure is a good example of how vehicles are becoming increasingly complex as auto manufacturers become reliant on software to add safety or comfort features to their cars. Some cases of automotive software failures result from the insufficient vetting of suppliers by car manufactures. Lacking the necessary validation processes, the components supplied by these companies might contain embedded electronics and software that mean risks to drivers. Quite often, component suppliers don't use adequate development tools and as a consequence are unable to report on the maturity of their development processes.

Automotive ALM tools, designed to meet the requirements of rigorous standards of increasing complexity, help automotive developers ensure the safety and reliability of their products. According to financial advisors Stout Risius Ross (SSR) in their Automotive Warranty & Recall Report 2016, software-related recalls have gone from less than 5 percent of recalls in 2011 to 15 percent by the end of 2015. This number is only expected to go up as the role of software increases in ADAS-enhanced or even fully autonomous cars.

To learn how codeBeamer ALM can help you reduce the chance of significant errors in your automotive products, get in touch with us, try our ALM platform today, or watch the webinar recording below: