Driverless Cars: On the Road to Becoming Reality 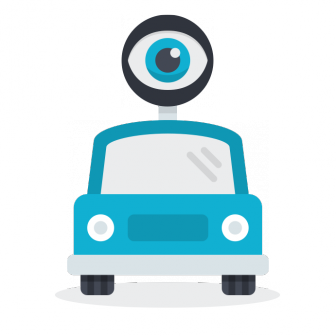 Building an autonomous (driverless) car has entertained the imagination of automotive development companies since the earliest days of automobiles. The idea has first popped up in a newspaper back in 1926, and has continued to haunt the dreams of automotive developers ever since. The emergence of reliably operating driverless cars is already dubbed the next revolution in the automotive industry.

Today, we are closer than ever to making this dream of a self-driving car a reality. Various industry leaders and experts have estimated driverless cars to spread throughout the world in the very near future – between 2020-2030 the latest. There is a lot of energy, time and funds being invested in autonomous car projects, with a number of large companies and universities engaged in research and development.

Wait, so just what is an autonomous car, really?

When these automotive experts say driverless, they really mean it: sitting in a truly autonomous car, your intervention as a driver will not be necessary at all. A driverless car will actually be able to take you from point A to B, including parking itself, while you sit in the back seat watching a movie.

The National Highway Traffic Safety Administration has defined five levels of vehicle automation, with level 0 meaning that there's no automation at all (a driver is controlling the vehicle), and level 5 being full self-driving automation (the scenario described above, giving you a chance to burn through your favorite series during your morning commute).

However, it is level 4 that is really interesting for us right now: this level means that the vehicle is able to perform even safety-critical driving functions, so the driver only has to intervene occasionally, and even in such cases, the car will notify him well ahead of time. This is the next great step ahead for automotive developers.

It's important to note that autonomous vehicles aren't really that much different to "normal" cars, they're just equipped with a range of sensors, cameras, and a smart computer, as well as connection to the cloud. The one difference that is actually significant is software.

Driverless cars are operated by sophisticated software that allows them to safely control the vehicle on roads populated by human drivers. As you may expect, these pieces of software have to be incredibly complex in order to be able to manage any kind of real-life traffic situation. To manage the development of such elaborate software, Application Lifecycle Management is a pure necessity. Intland Software is proud to be at the forefront of development, paving the way to a new revolution in the automotive industry.

As an early evidence of how powerful this technology can be, Daimler has recently introduced the first road-ready self-driving truck called the Freightliner Inspiration. Its impressive capabilities allow this truck to drive itself on the highway if certain conditions are met (the system, called Highway Pilot, automatically notifies the driver if autonomous driving is available). While it's considered level 3 autonomous, as it has to be driven to a sufficiently maintained highway before the "autopilot" can take over, it's already a big deal: according to Daimler's research, using the Highway Pilot can help decrease driver fatigue, one of the main causes of road accidents, by 25%.

With Daimler's technology, drivers will be able to work longer runs, longer hours, while also driving more efficiently, as the Highway Pilot has a positive effect on fuel efficiency and emissions. Remember, we're only at level 3. Imagine the possibilities that level 5 automation will bring! But until then, there's a lot of research to be done to overcome the challenges and data security concerns of autonomous driving technology.

Related reading: Security Concerns in the Development of Self-Driving Technology

codeBeamer ALM, and Intland's Automotive ISO 26262 Template that leverages its advanced capabilities, is used by some of the world's most innovative automotive companies. Intland Software is proud to support the industry in creating revolutionary technology that could transform our lives sooner than you think. Interested in finding out more about how codeBeamer supports automotive development? Download a free evaluation copy or contact us fore more info!