A Glimpse into the Future? Top Automakers by Market Value 2017 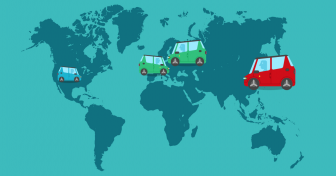 Industry analysts generally rank automakers by their revenue or number of cars sold. While it might not reflect directly these companies' past market performance, it's interesting to take a look at the market value of the largest players in the automotive industry today.

Market value gives us a good idea of how investors perceive the business prospects of the largest carmakers today. Therefore, it could help us understand what direction experts see the automotive industry heading towards. An insightful piece of infographics recently shared by visualcapitalist.com gives us a glimpse into the future of this fast-evolving market.

Established carmakers based in Germany and Japan continue to lead in terms of market value. With Toyota being the absolute leader by far (valued at $166.8B), Germany's Big Three of Volkswagen, Daimler, and BMW are still all ahead of the rest of Japanese manufacturers. Even after the emissions scandal, Volkswagen is still largest among German carmakers, surpassing Daimler by $1,3B in market value.

But this isn't why this piece of infographics is so surprising. The real news is how Tesla skyrocketed catapulted to success in no time – and the real question is whether it can live up to these high expectations.

Despite only producing about 76,000 vehicles last year (only 1% compared to the 10,000,000 units delivered by auto industry giant GM), Tesla is now the highest valued carmaker in the US, and ranks 4th globally. Backed by Elon Musk's reputation for being a visionary potentially capable of fundamentally reshaping the auto industry's ways, the electric car manufacturer rocketed to this admirable position in just a few years.

Back in 2013, Tesla was valued at a mere $3.9 billion. But with the success of its Model S, and perhaps even more importantly, with the high hopes that investors have for the carmaker's more affordable Model 3, Tesla has by now surpassed long-time US leader General Motors by $7.7B in terms of market value. At $58.7B, it is now viewed as the largest of the Big Three (Tesla, GM, Ford) in terms of market value.

All the buzz around electric vehicles definitely plays a big part in Tesla's success, but the company's research and development efforts in autonomous driving sure adds to the company's perceived value. Whether or not it will be able to deliver on its promise of disrupting the auto industry as we know it today is still a question, and will be an exciting process to witness in coming years.

Interested in why more and more high-tech automotive companies are using integrated Application Lifecycle Management? Check out our ALM offer for automotive developers.