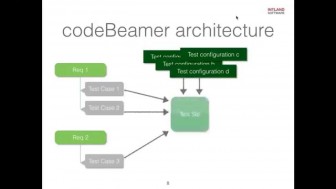 TDD relies on an understanding of both incremental design, where unnecessary complexity is never added, and emergent design, where design emerges over time. It is also used to improve and debug legacy code that was written with other techniques.

As the name implies, testing sets the agenda in TDD. First, test cases accurately defining the desired functionality are created. These will then guide development so that features are delivered to pass those tests only. TDD is based upon unit testing, and code is written in small chunks. Typically, Test Driven Development is characterised by short development cycles of between 8-10 code edits. Each development cycle is composed of 5 steps that are repeated until the the code meets the quality standard required.

As is the case with so many Agile software development methods, TDD has as much critics as proponents. Fair enough, just like any other method, it has its advantages and disadvantages, knowledge of which helps you decide whether TDD is for you.

TDD has been around for more than a decade, and while it has gained a bit of traction, it's not as much of a hot topic as other methods. But it still is entirely relevant, and in fact ideal for the extension of Agile to DevOps because of its emphasis on continuous testing and continuous improvement.

codeBeamer ALM's functionality spanning the entire lifecycle makes it easy to implement Test Driven Development. It provides a transparent and efficient platform of collaboration and QA. With advanced test management features, automated documentation, and quality monitoring, it greatly facilitates the use of TDD. For more information, contact us with your questions, or start your free trial right away!