The automotive industry is evolving at breakneck speed, promising more transformation in the next decade than we’ve seen in the last hundred years. This is partly due to the advent of technology driven-trends like autonomous driving and electrification, but also to the changing nature of user behaviors when it comes to mobility. Discover what those key user behavior shifts are and how they are transforming the automotive industry as we know it. 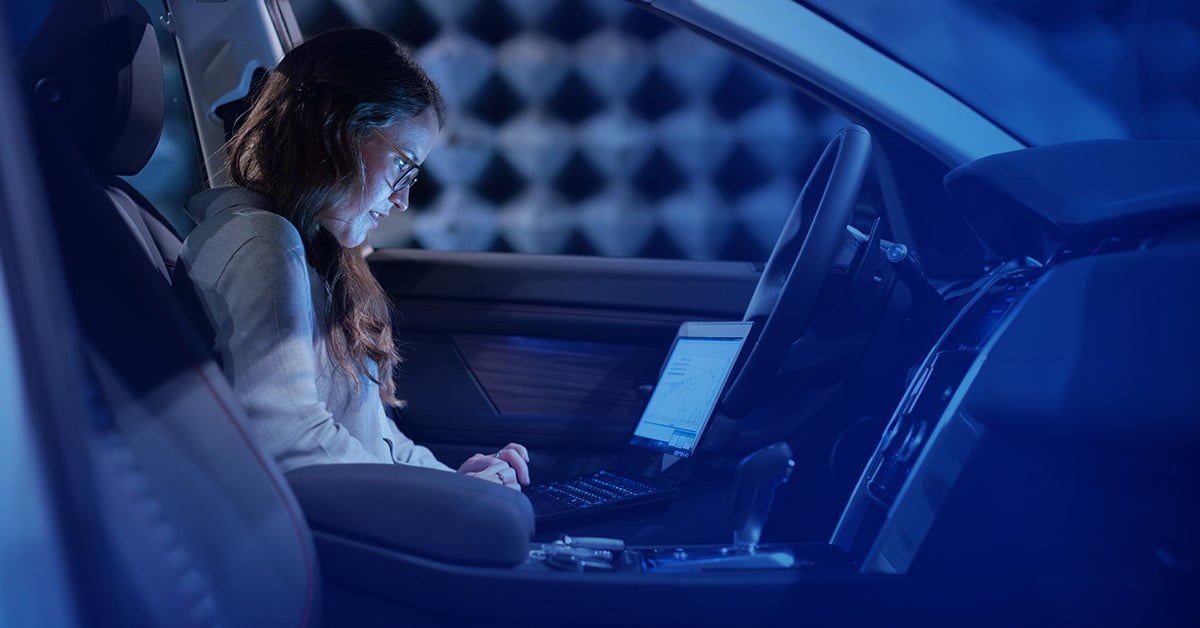 Digital transformation in the automotive industry

Customer expectations have skyrocketed regarding comfort, safety, and the environmental impact of transportation. And these evolving customer demands are a huge contributor to the increasing use and complexity of software in vehicles. All of this has an enormous impact on automakers who want to adopt a more consumer-centric ethos; they need to substantially ramp up their software development efforts or risk getting dominated by digitally native market entrants and tech giants.

Read on to learn more about the three key consumer behavior shifts which are increasing the growing complexity of software and defining the future of mobility as a whole.

The Top 6 Automotive Technology Trends in 2022 and Beyond

People are willing to give up having private cars

The private car ownership model has existed for a long time now. For many, owning a car is an undeniable logistical necessity and often still represents a status symbol. That being said, it is also true that most cars spend the majority of their time idle in driveways. To give you an idea, the average car in the UK is parked around 90% of the time, a figure which has barely changed over the last quarter of a century.

And there are significant costs – as well as hassles – that come along with private car ownership. Things like getting stuck in traffic during commutes, finding parking in increasingly dense urban areas, and high insurance premiums as well as maintenance costs. Not to mention the environmental impact that making multiple individual trips has.

But while private cars are still ideal for some due to factors like location, family size, or their line of work, it turns out that quite a few people would be open to giving up their own car for on-demand mobility solutions. According to research carried out by Accenture, of the 96% of future car owners surveyed, 48% said they would give up their personal cars if alternative solutions were available. So it’s no wonder shared mobility services have seen an explosive level of growth, with the shared mobility market expected to hit a whopping USD 145,460 million by 2027.

Here are some examples of what increasingly popular shared mobility solutions look like:

Looking to the future, it is likely that we’ll come to see more Mobility as a Service (MaaS) i.e. a Netflix or Spotify-like subscription-based platform integrating various forms of on-demand transport services into one.

The explosion of shared mobility solutions and the advent of autonomous vehicles is increasingly leading to people spending more time in cars, but less time driving. All the time that was spent focusing on the road and getting safely from point A to point B can now theoretically be spent doing something else.

To give you an idea of the magnitude of time that could free up, consider this: the average American spends at least one hour a day driving, which works out to about 32 miles per day. Annually that adds up to a whopping 70 billion hours. According to another study, AT Kearney predicts that depending on the development of autonomous driving tech, self-driving vehicles could free up to 1.9 trillion minutes for passengers by 2030 alone.

So as the driving responsibility shifts to another driver or even computers, there are several implications that open up opportunities for OEMs to create new features and products in response to these shifting user behaviors:

Conscientious driving is not up for discussion

New generations of drivers are more conscientious when it comes to safety and environmental impact. They have come to consider a certain level of safety features in vehicles as the norm, like adaptive cruise control, automatic emergency braking, parking assistance, and anti-skid capabilities. Here’s the catch: providing these types of advanced safety features requires millions of lines of code, and significant software development capabilities.

Transportation is also a major source of air pollution worldwide. For example, greenhouse gases from transportation alone make up almost 29% of total emissions in the U.S., making it the largest contributor to emissions in the country. Consumers nowadays look for brands that align with their values and behaviors, pushing the automotive industry to become more climate-friendly and transform their product lines as a whole.

With changing consumer behaviors redefining the future of mobility, OEMs are under immense pressure to undergo rapid technological innovation in order to stay relevant and profitable. But can they keep up with the relentless demand for new software?

When it comes to software development capabilities, traditional car manufacturers face a significant hurdle. According to research conducted by McKinsey, the complexity of automotive software applications has grown by a factor of 4.0 over the last decade. This is largely due to complicated software modules related to infotainment and ADAS (Advanced Driver Assistance Systems) which involve a lot more code and wiring than your average embedded software.

Looking to the future: implications for OEMs

The race between increasing consumer demands and the growing complexity-productivity gap has the automotive industry at a critical tipping point. That’s why events like a global shortage of semiconductors crippled automakers all over the world, with traditional companies like Ford and General Motors forced to close multiple factories as a result – while Tesla was able to double their vehicle sales in 2021 due at least partly to their in-house ability to write their own software.

In other words, OEMs need to start thinking, acting, and developing software like IT companies in order to develop the tech stack they need to keep pace with consumer demands and market changes. OEMs who don’t keep up with this new division of the value chain (software and/or applications) risk being left behind.